It's really funny that I've only recently become obsessed with comics, because Donnie has been reading them for as long as I've known him and I remember really enjoying Archie when I was a kid and even sometimes reading my grandpa's copies of Richie Rich and Donald Duck comics.  I think I was stuck on the misconception that they are all about superheroes, even though I know they're aren't. I think what got me was regular trips to a local bookstore that also carries comics.  There were so many interesting covers with great artwork and I started picking up a few here and there.  Before you know it, I was sucked in.  Comics are one of the things that I found myself really clinging to when my anxiety was at its worst too.  They helped provide me with a temporary escape from my over-thinking brain with their great stories and illustrations and there is such a fun sense of excitement knowing the next issue is coming out.  Here are just a few of my current favorites.  Clicking the covers will take you to their Amazon listings or you can ask me to borrow my copies!

Every comic shop I've been to recently has had at least one employee who recommended Paper Girls.  I've heard it described as War of the Worlds meets The Goonies and I've seen an article comparing it to the super popular Stranger Things.  The series is about a group of paper delivery girls in the 1980s who end up discovering something pretty crazy on the day after Halloween.  I leave it up to you to find out the rest!

Lumberjanes is definitely what started my obsession.  Friendship, craftiness, girl power, summer camp, mysteries - it's got all the great things!  I seriously cannot say enough good things about this series and my gigantic Lumberjanes messenger bag is proof of my fondness.  There are a ton of issues, so I recommend buying the digests that combine several issues.  Then again, there are some seriously amazing covers, so you may want to buy some of the single issues too.

I'm not super into Batman or traditional superheroes, but I think this may have been one of the series that sucked me in with the cover art.  Olive and Maps are the characters on the cover above and students at Gotham Academy, a school started by Bruce Wayne.  This is another girl power kind of series, in case you aren't noticing a theme, and the scenes where they're exploring the school kind of remind me of Harry Potter.  If you are a Batman fan, quite a few familiar faces show up in this series.

Because Lumberjanes and Gotham Academy weren't awesome enough series on their own, they combined forces for a six part series that I cannot tell you how excited I was to hear about.  I think we are up to issue four and it's great to see my favorite characters interacting with each other.

I just finished up the first volume of Plutona and I'm curious to see where the story goes.  It starts off with a group of kids finding a dead superhero in the woods by their school and is really good at giving each kid a distinct personality and story.

Seashells by the Seashore 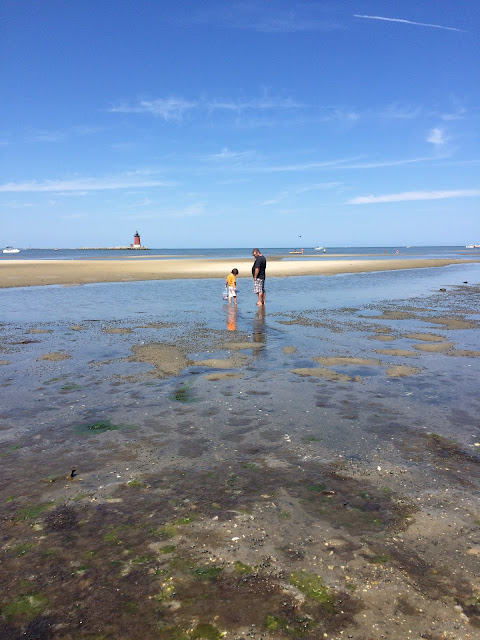 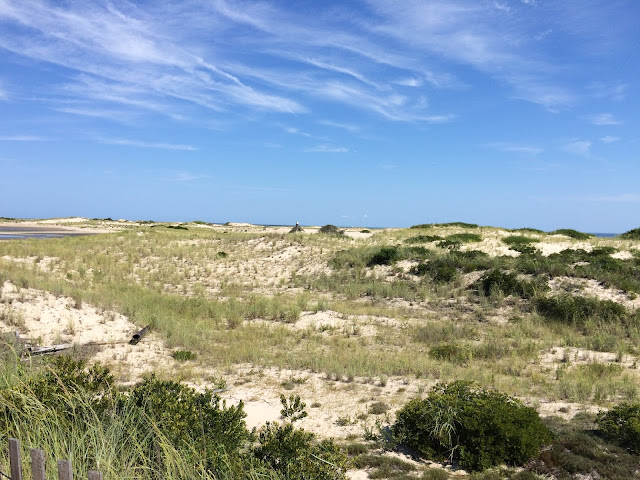 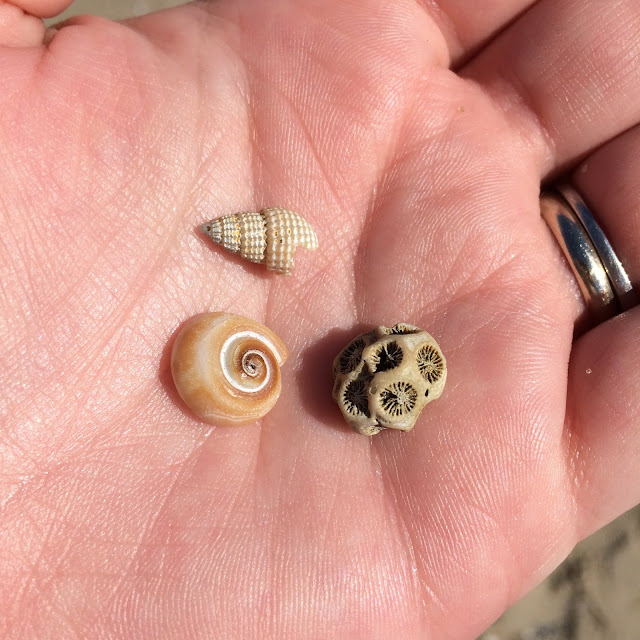 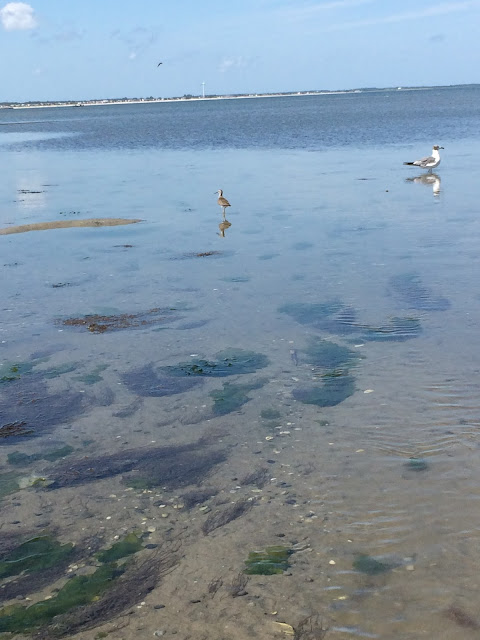 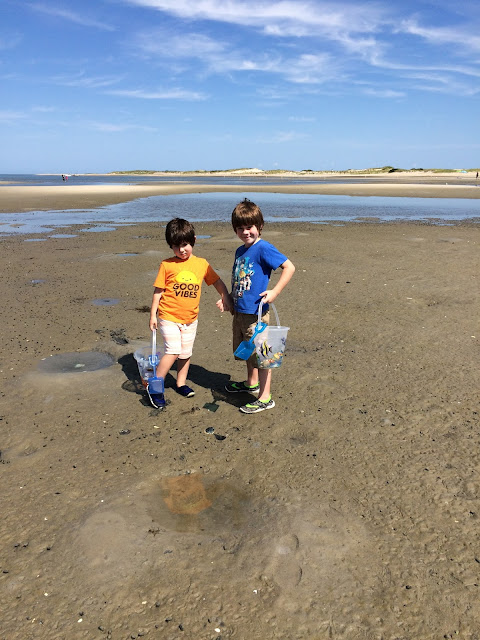 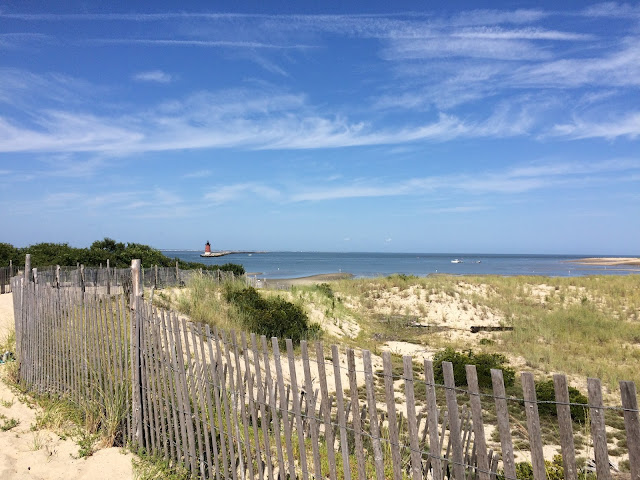 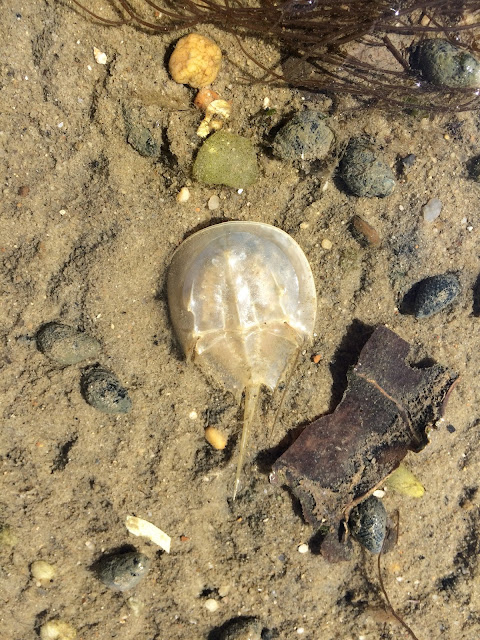 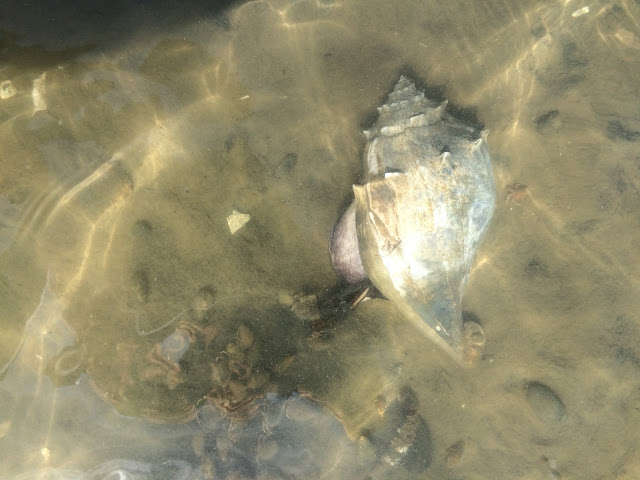 We recently took the boys on a surprise weekend trip to the beach and as much as they enjoyed it, I think I may have enjoyed it the most.  I love visiting the place where I spent so much of my childhood and getting to experience with my own children.  Much of the area has changed in recent times, though, and it's so busy and built up.  I still manage to get really nostalgic during visits and I think what helps with those warm fuzzy memories are seeing things that have managed to resist the change and growth.  The boardwalk at Rehoboth has a lot of examples of that and I wanted to share a few.  I wish I had taken more photos there, but we only visited for an evening. 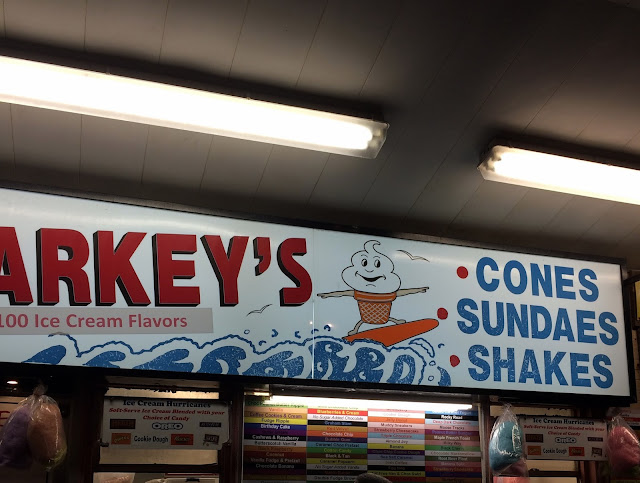 How adorable is the logo for Sharkey's?! 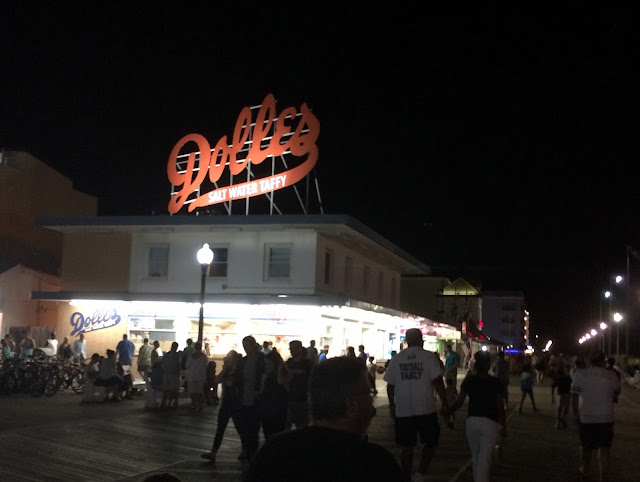 I think the Dolle's sign is one of the most recognizable icons of Rehoboth.  That place has been there since the 1920s! 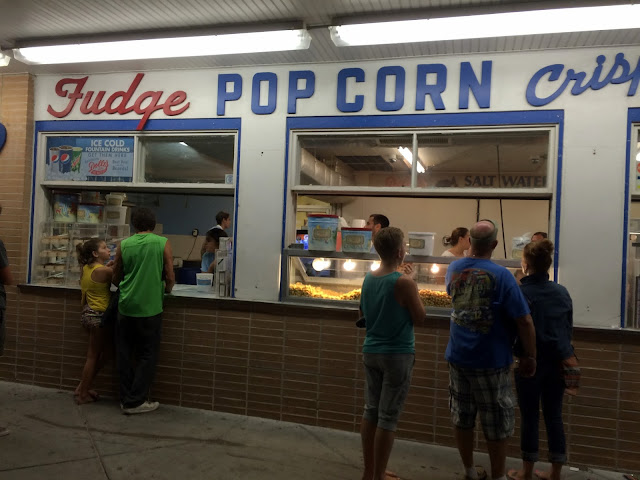 These are the windows at Dolle's.  The old fonts are so great! 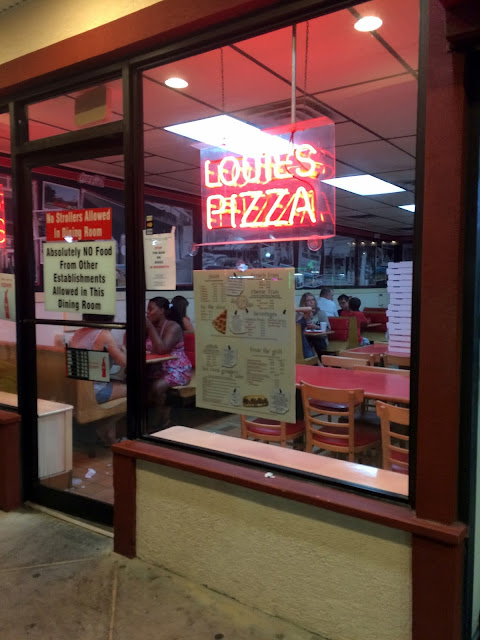 So Louie's really holds such a special place in my teenage heart.  There was a summer where my friend Allison and I would take the bus to the boardwalk every night, my skateboard in tow and both of wearing ridiculously baggy jeans.  We ate pizza here each one of those nights and then we'd hang around and meet cute skater boys.  I think we may have been around fourteen.  I'm sure we weren't nearly as cool as we thought we were, but it was such a fun time and seeing that this place looks exactly the same reminds me of such fond memories.
Posted by Unknown at 8:00 AM No comments:

If I keep up this lazy Monday only posting, this will turn into a music blog!  It really is so difficult to get back into the swing of things, after taking so many breaks.  I'm going to try to do better this week.  Have I talked about my love of Ted Leo?  I think I first heard about him on one of the music blogs I used to regularly read.  I had a long list of music blogs bookmarked that I would check daily for new songs to download and an itunes library of thousands of songs, but Ted Leo was one of my favorites.   We all know how I like to ramble on about music or anything I love really, but I'll just shut up and leave you with a good song to start your week!

Music for a Happy Monday

I have once again neglected this poor blog, but I haven't stopped thinking of ideas for posts or planning things I want to talk about.  It's hard to get back into the habit of something once you've spent so much time away from it and I'm finding it tough to make time for all the things I want to be doing, so this blog seems to be the first thing that gets set aside.  I've spent the last month or so really working hard at feeling like myself again and it's working.  I think it's been just over a month since I've felt that uncomfortable tightness in my chest and ache in my stomach that come along with the anxiety I had really started to get used to feeling.  I have some slight signs here and there, but overall, I feel better and that is really such an amazing feeling.  I'm slowing doing things I enjoy once more, even if it's just for small amounts of time.  I feel like I have some serious catching up to do around here, but this is a good start!  Happy Monday, all!
Posted by Unknown at 8:00 AM No comments: